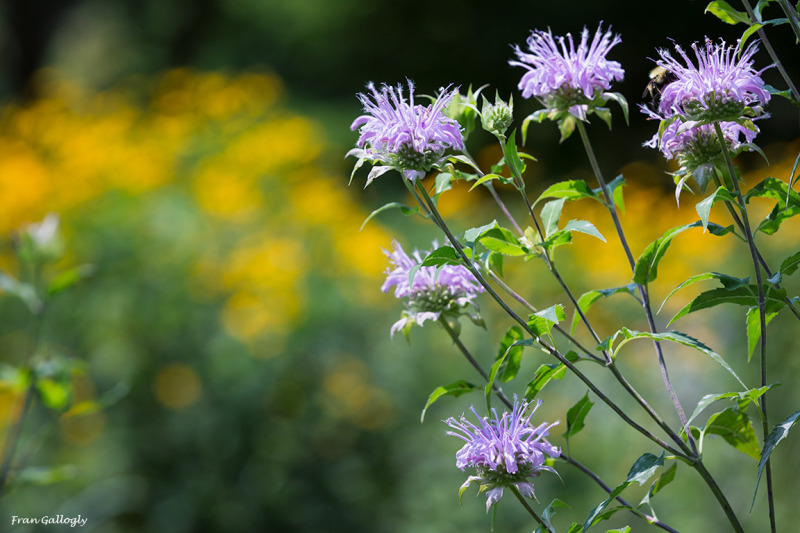 Meadow with Bee Balm in the foreground at Weir Farm in Ridgefield, CT. The CT Impressionist painter, J. Alden Weir, lived on the farm in the 1800s and painted there en plein air. Other Impressionists often joined him. Most of them had studios in NYC but spent time in Ridgefield, Cos Cob and Old Lyme. Later, Weir's daughter married sculptor, Mahonri Young, a grandson of Mormon Brigham Young, and he built a studio next to Weirs. Weir Farm is now a National Park and both the Weir and Young studios may be visited as well as two old farm houses, the barns and various out buildings. There are also meadows, hiking trails and a Sunken Garden and a Secret Garden.