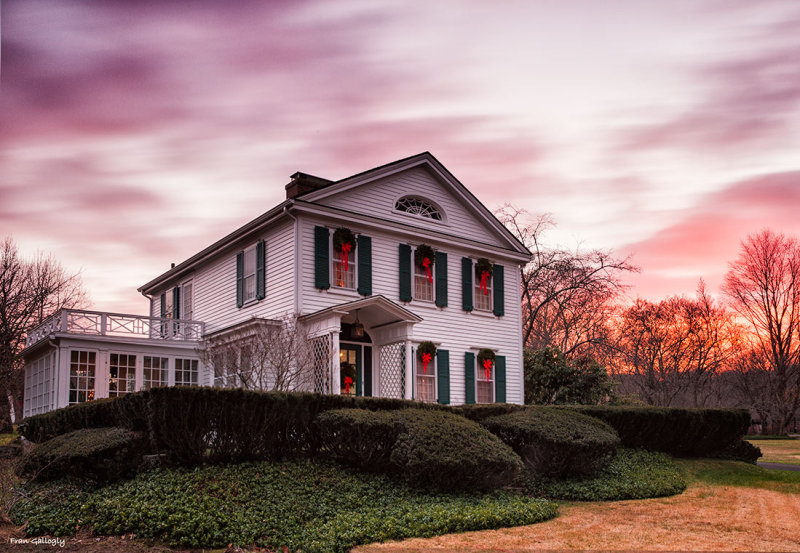 Posted by Fran (Trumbull CT, United States) on 13 December 2014 in Architecture and Portfolio.

The Osborne Homestead Museum was originally a farm house built in the early 1800's. Nothing is known about the original occupants. The first Osbornes to occupy the house, Wilbur Osborne and Ellen Lucy Davis, married and moved into the farm house in 1867. Together, they managed the Estate as a dairy farm, and Mr. Osborne owned and ran several industries in Derby, Ansonia and Bridgeport. Their only surviving daughter, Frances, became a prominent business woman after her father's death. She became the president of the Union Fabric Co., V. President of Connecticut Clasp, Treasurer of the F. Kelly Company, as well as a founding partner of Steels and Busks, Ltd. Of Leicester, England.

Miss Frances Osborne became Mrs. Waldo Stewart Kellogg in 1919. During their marriage, Waldo took charge of the operation of the Osbornedale Dairy, and, with the acquisition of a prize bull, began to improve the herd through selective breeding. The resulting herd soon became famous throughout New England for quality milk production.

In 1951 Mrs. Kellogg deeded the Estate and the farm to the State of Connecticut to be maintained as open space and made available to the citizens of Connecticut. After her death in 1956, the farm became Osbornedale State Park

This is such a beautiful image, Fran. I lived in CT (Milford) for 50 years but never knew of this woman, or the Osbornedale State Park.