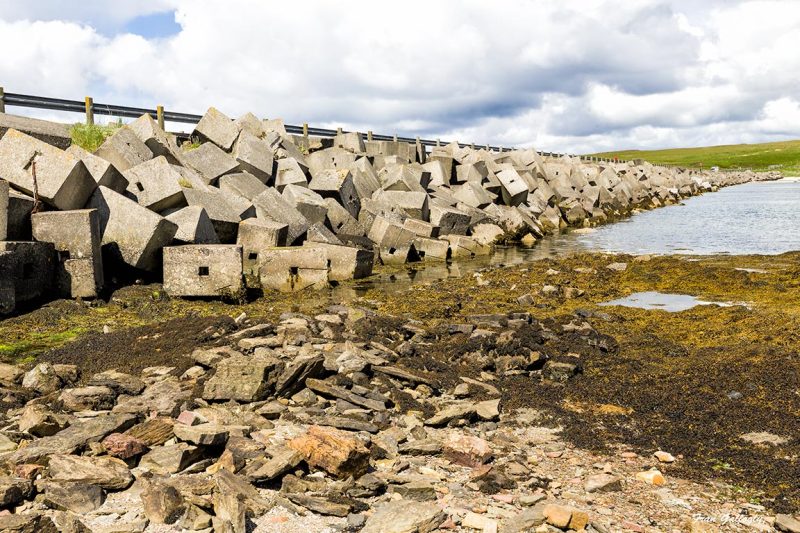 Posted by Fran (Trumbull CT, United States) on 30 June 2015 in Architecture and Portfolio.

During World War II the British Home Fleet was based in Scapa Flow, Orkney, Scotland just as it had been in World War I. The channels lying between the small islands were seen as a potential threat, as they left the anchorage open to attack. To counter this threat, blockships were sunk in the channels to render them unusable. Unfortunately, on October 14, 1939, Günther Prien took advantage of an extremely high tide and successfully navigated a U-47 past the blockships. Undetected, he was able to carry out two attack runs, and of seven torpedoes launched, three struck HMS Royal Oak which sank within 15 minutes. The attack came as such a surprise that all attention was initially focussed on the air, as no-one believed submarine attack possible.
Churchill visited the area soon after the tragedy and immediately ordered the construction of causeways to block the channels permanently. Four barriers would be built beginning in 1940. They were completed in 1944.