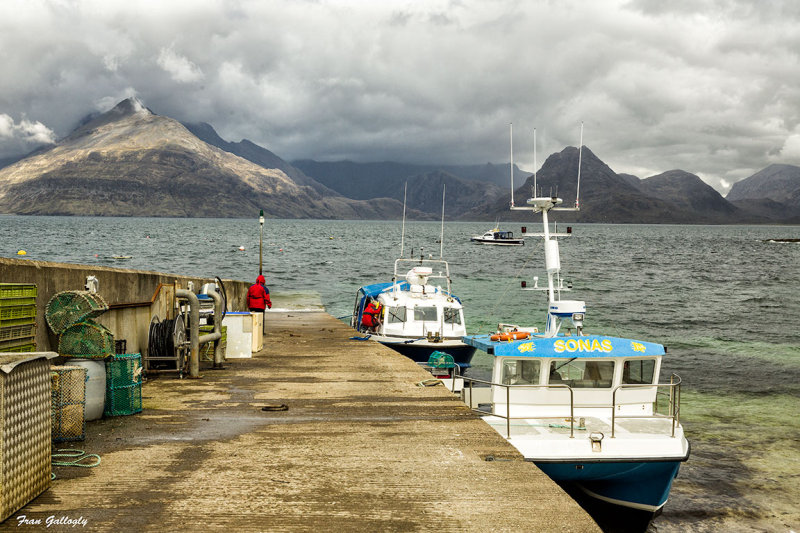 Harbor at Elgol, Isle of Skye

Harbor at Elgol, Isle of Skye. Here you can see typical Scottish weather. Anyone doubting this should read about the British Open golf tournament being played now at St. Andrews. The Times reports the weather yesterday was "cataclysmic" with rain, wind and lightning. When two players arrived at the first hole there was a problem. The hole was filled with water. A team of workers are shown in a photo sweeping the water into a canal called Swilcan Burn. Players were described dressed in rain gear, sweaters, mittens, winter hats and using hand-warmers. Yes, this is July in Scotland! Forecast for today: clouds, scattered showers, and winds gusting up to 40 miles per hour!