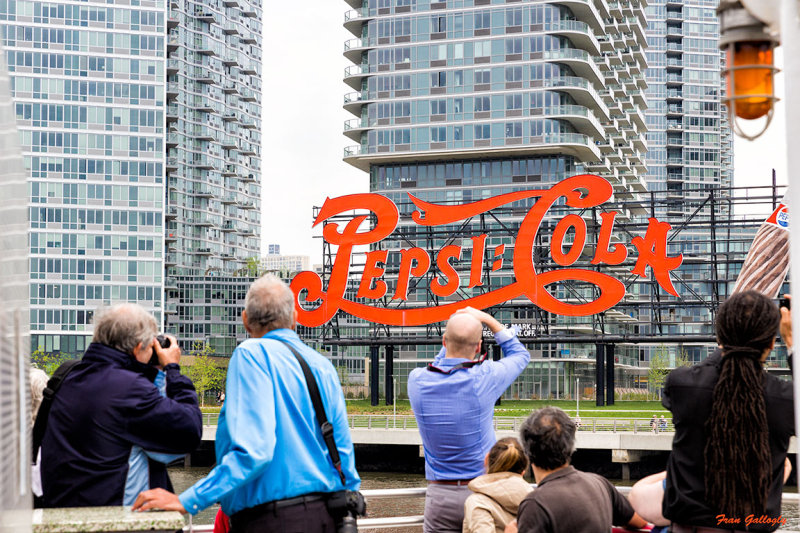 This photo was taken back in May from a Circle Line boat as part of B&H's Optic2015 conference. Pepsi's giant neon sign was originally on top of its Long Island City bottling plant (1938). The plant was relocated in 1998 and the area redeveloped for mixed use-housing. The Pepsi-Cola Co. stipulated the sign must remain part of the landscape of any new waterfront construction as a "symbol of our trademark and of our commitment to New York City." Pepsi-Cola Co. paid for the sign's reconstruction, operation and maintenance. It has now been designated a landmark.