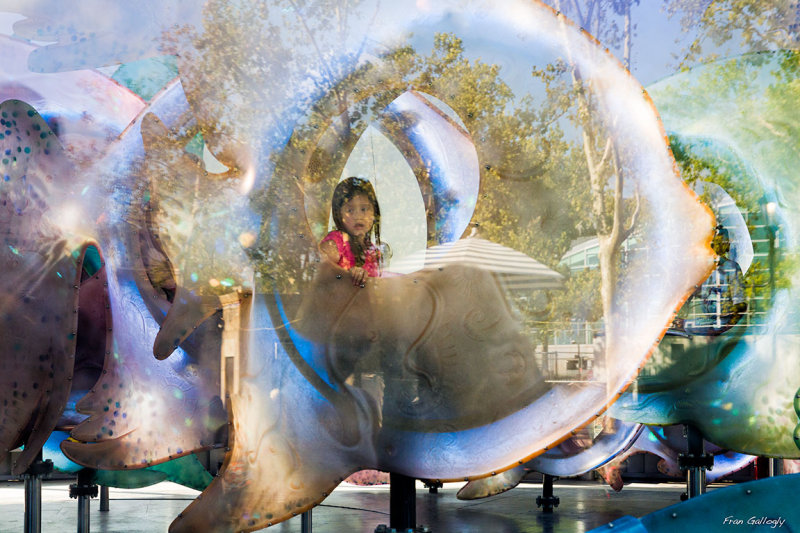 Futuristic Sea Glass Carousel that just opened in Battery Park, New York City. Not a double exposure. Shooting through the glass caused reflections of the park to appear in the image. The nautilus-looking building of the carousel, conceived by WXY Architecture, houses 30 of designer George Tsypin's glowing ocean creatures, some of which are 13.5 feet tall and 9.5 feet wide. And these swimmers don't just go in a boring ol' circle either. All of the ride's mechanisms are set underneath the floor, allowing SeaGlass to embed three smaller turntables within the large main spinner. Fish are rotating two different ways, bouncing up and down, yawing up to 160 degrees, everything designed to simulate swim patterns as much as possible. "It's a living organism," says Tsypin.