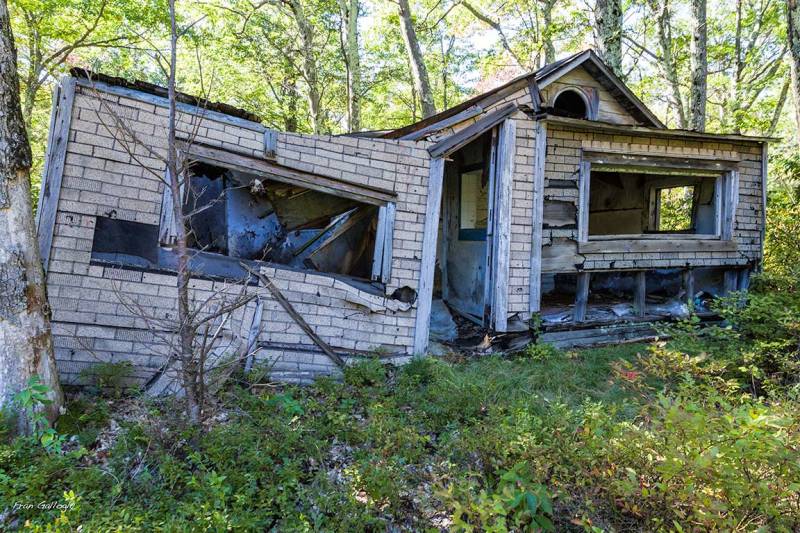 Posted by Fran (Trumbull CT, United States) on 7 October 2015 in Architecture and Portfolio.

Huckleberry Pickers Shack, Sam's Point, NY. From the 1920s through the 1960s, the Shawangunk Mountains were home to a thriving community of huckleberry pickers. Many pickers were workers from New York City and other urban areas who fled the heat and congestion of the city for the cool, mountain air and opportunity to live in nature. Entire families worked from dawn to dusk, sometimes gathering as much as 25 or 30 quarts of huckleberries per person per day. Sam's Point was an especially bountiful region, although not without its perils. Pickers often encountered rattlesnakes, bears and mountain lions. As times and tastes changed and factory grown blueberries became abundant, huckleberry pickers retreated from Sam's Point, leaving only the remains of their handmade shacks as a reminder of their labors.

Interesting history and thanks for the background notes. I was wondering how 'bricks' could have collapsed that way but see, now, they are not real bricks at all !