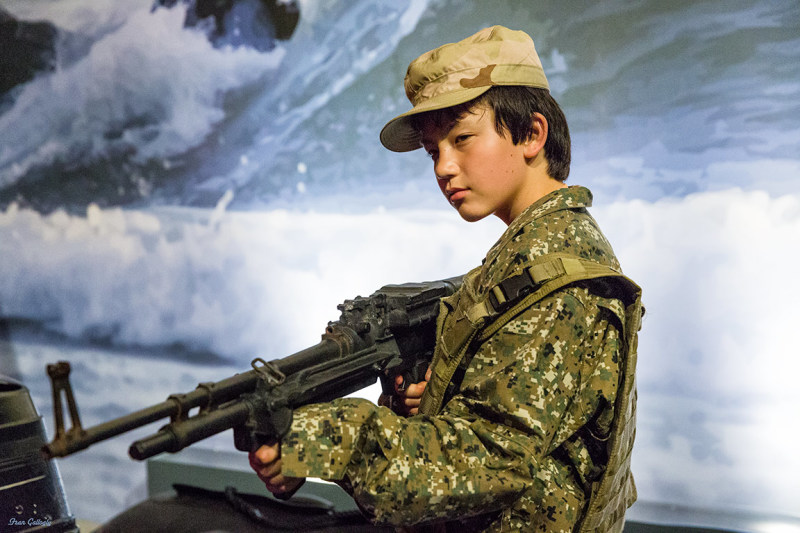 Photo of my grandson at the Navy UDT-SEAL Museum on Hutchinson Island, Florida. I was surprised this came out so well since it was shot in a dark museum at 6,000 ISO under who knows what kind of lighting! The museum has many interactive displays. This one permits children to dress as SEALs. The museum is located here in Florida because the predecessors of the SEALs were the UDT (Underwater Demolition Team) founded during World War II. They trained right here on the island to deactivate mines and other blocking devices in harbors to permit landing craft to get to the beaches of Normandy, etc. They were also known as "frogmen." In the 1960s, President Kennedy changed the name to SEAL (Sea, Land, Air) and moved the training ground to Coronado, California.