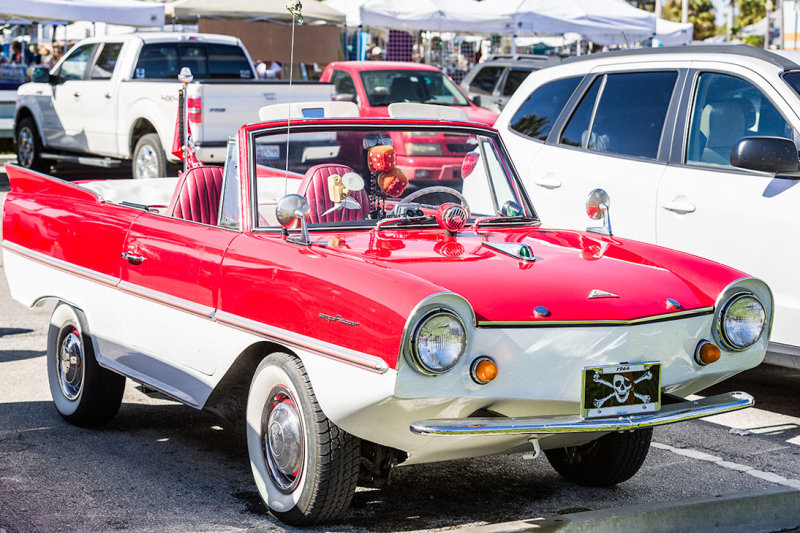 Seen today at the Downtown Fort Pierce Farmers' Market in Florida, a 1966 Amphicar. This is an amphibious car. Here is a quote from an old Time Magazine which rated it as one of the 50 worst cars:
"A vehicle that promised to revolutionize drowning, the Amphicar was the peacetime descendant of the Nazi Schwimmwagen (say it out loud — it's fun!). The standard line is that the Amphicar was both a lousy car and a lousy boat, but it certainly had its merits. It was reasonably agile on land, considering, and fairly maneuverable on water, if painfully slow, with a top speed of 7 mph. Its single greatest demerit — and this is a big one — was that it wasn't particularly watertight. Its flotation was entirely dependent on whether the bilge pump could keep up with the leakage. If not, the Amphicar became the world's most aerodynamic anchor. Even so, a large number of the nearly 4,000 cars built between 1961 and 1968 are still on the road/water."