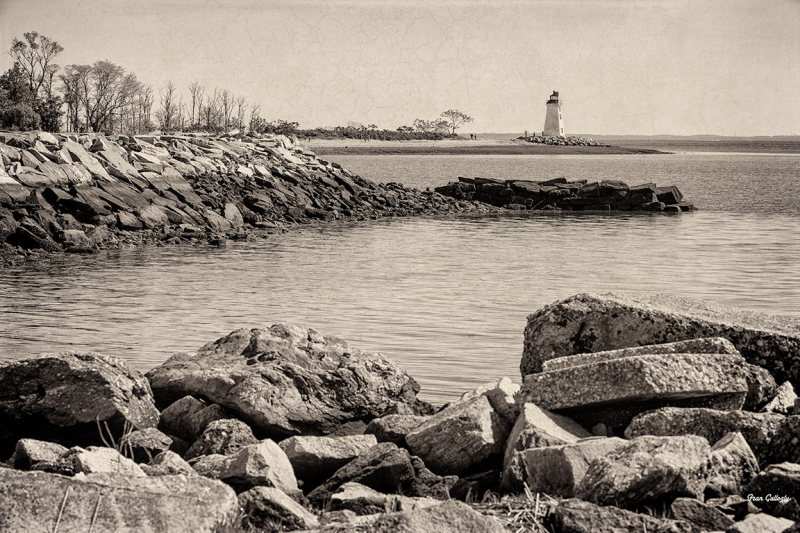 Posted by Fran (Trumbull CT, United States) on 26 May 2017 in Landscape & Rural and Portfolio.

Black Rock Harbor Light, also known as Fayerweather Island Light, is a lighthouse at Bridgeport beach in Connecticut which stands on the south end of Fayerweather Island and marks the entrance to Black Rock Harbor. The first lighthouse at the site was a wooden tower that was lit and made operational by 1808. A storm destroyed the tower in 1821 and the current, stone lighthouse was erected in its place in 1823. The Black Rock Harbor Light was an active navigational aid until 1933 when it was replaced by two automatic lights offshore. It is approached by a high stony and treacherous path. Best to go at low tide!