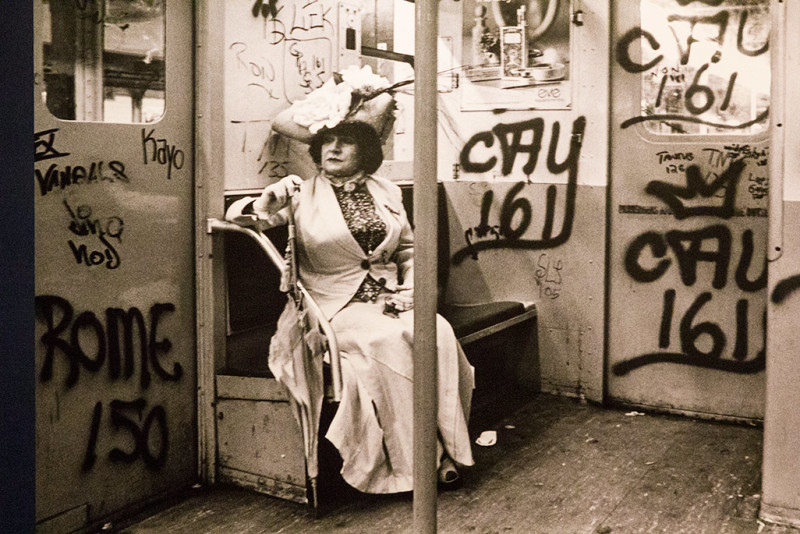 This is a photo of Editta Sherman, "the Duchess of Carnegie Hall," taken by her friend and beloved fashion photographer Bill Cunningham who passed away last year. It was part of a book series called Facades. Sherman was posed in vintage dress in the early 1970s in a subway car in New York City. Those of a certain age will remember those subway cars covered in graffiti. I took this recently at an exhibit of Editta Sherman's portraits at the New-York Historical Society which runs through Oct. 15. Sherman photographed many top denizens of the pop culture of the 1940s and '50s with a monumental '30s camera from her studio on top of Carnegie Hall where she lived with other artists who maintained studios there until all the tenants were removed in 2011 when Carnegie Hall was renovated. I actually recall taking an Argentine tango lesson in one of these magnificent studios. Sherman learned portrait photography from her Italian father. She photographed such celebrities as Carl Sandburg, Tyrone Power, Leopold Stokowski, Yul Brenner, W. Somerset Maugham, Max Eastman, Joe DiMaggio, Christopher Plummer, Bela Lugosi, Marcel Marceau and many more. She passed away in 2013 at age 101.