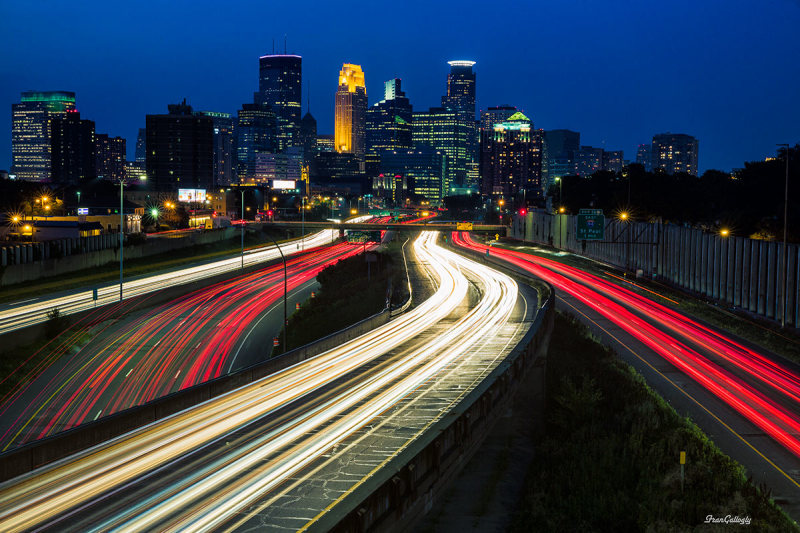 The Minneapolis skyline beckons at night as seen from the interstate I-35W. This was taken from a small pedestrian footbridge spanning the interstate in which photographers have cut a series of holes in the chain link protective fencing just wide enough for their lenses.
This is not the first time I have seen this. When Vin and I were in Tuscany, I took a photograph of the abandoned abbey, Badia Camaldoese (1030), near Volterra. It was being encroached upon by a tremendous ravine caused by soil erosion that would eventually plummet the abbey into the abyss. A chain link fence had been erected around the ravine to protect pedestrians and a series of holes had been cut in the fence so photographers could capture the scene.

A beautiful capture of light and movement ! Congratulations !

Congratulations on your SPOTLIGHT!

Congratulations on your spotlight! Excellent!