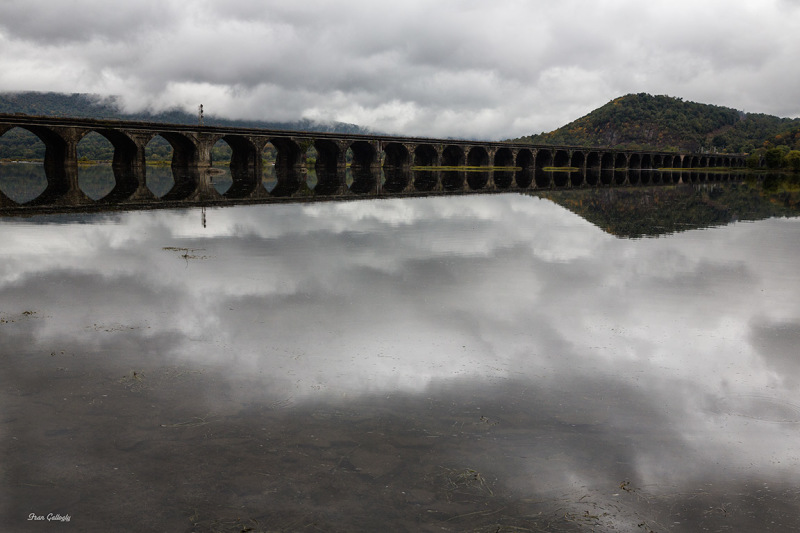 Posted by Fran (Trumbull CT, United States) on 24 October 2017 in Architecture and Portfolio.

Sometimes forgotten among the many great feats of railroad engineering is the Pennsylvania Railroad's Rockville Bridge (sometimes called the Susquehanna River Bridge), located just north of Harrisburg, Pennsylvania along the railroad's main line to Chicago. The original bridge crossed the mighty Susquehanna as early as the late 1840s and the current bridge was not completed until the turn of the 20th century. Constructed during a time when engineering projects were built to last forever the impressive Rockville Bridge was so well designed and laid out that it remains in regular use today by current owner Norfolk Southern. The Rockville Bridge is said to be the longest stone arch railroad bridge in the world. Completed in 1902 by the Pennsylvania Railroad, it has forty-eight 70-foot spans, for a total length of 3,830 feet (1,165 m).