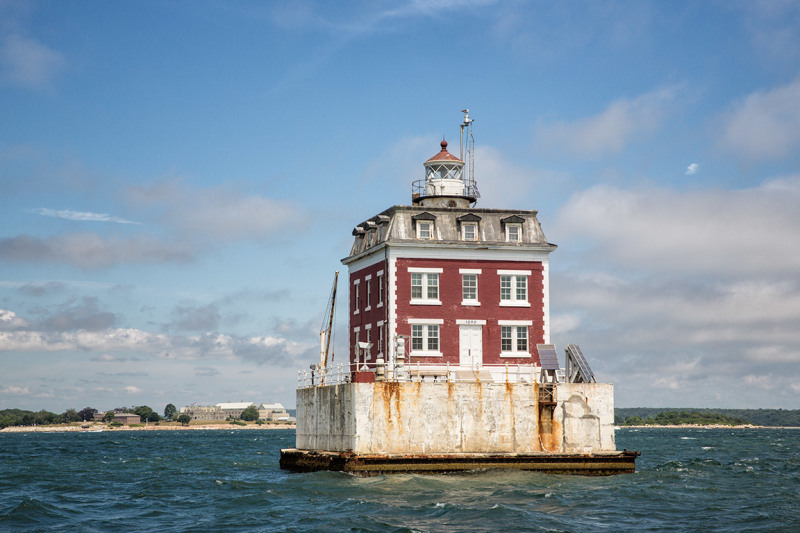 Posted by Fran (Trumbull CT, United States) on 22 July 2018 in Architecture and Portfolio.

One of the most picturesque lighthouses along the Connecticut coast is the distinctive New London Ledge Lighthouse. It also is allegedly home of the ghost of former keeper, "Ernie." Built in 1909 atop a concrete pier in New London Harbor, the light itself sits atop a striking three-story building in French Second Empire style. Two wealthy industrialists whose mansions overlooked the light wanted it constructed in a style similar to their homes. In 1987, the light was finally automated, eliminating the need for for a keeper. Tours are run by Project Oceanology and the New London Ledge Lighthouse Foundation from the University of Connecticut's Avery Point campus in Groton.

Oh, what a delightful 'folly'. Give my regards to Ernie !

@Ronnie 2¢: Looked for Ernie but he wasn't around during our tour.

Such an beautiful lighthouse with an interesting history. It is very unique! A wonderful image!

@Elaine Hancock: Thank you. It is an unusual lighthouse.